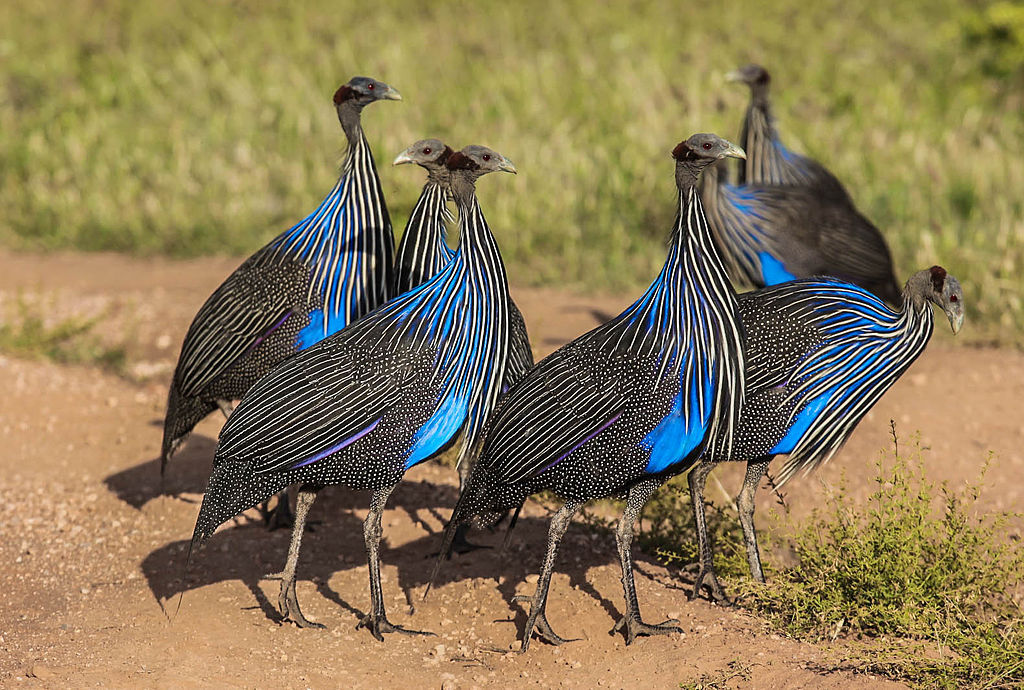 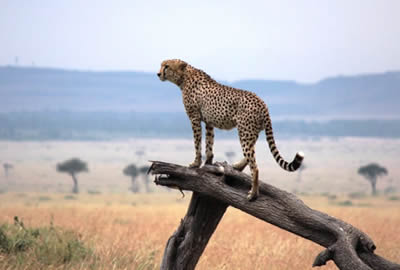 Day 1: Nairobi to samburu national game reserve
The Reserve Measures approximately 104sq. Km (approx. 65sq miles) in size, this fenced Savannah grassland is roughly 350km (217 miles) from Nairobi. It is relatively small in size compared to other Kenyan parks.
Pick up at 0630 am after early breakfast from your hotel, drive to the rich agricultural area of Mount Kenya region via the famous Pineapple leading company Delmonte, you will also have an opportunity to cross the equator just before you arrive in Famous Nanyuki town.
The journey will continue through Isiolo only to arrive at the lodge in good time for lunch at the Samburu sopa lodge.
After lunch transverse the Samburu game reserve in rare species of wild life that are found on the northern hemisphere of the country.
The game drive here will take you very close to the elephant bedroom tower. The game drive will run for about 3 hours and there after you will return to the Lodge for dinner and overnight stay as the sun sets into its horizon to the west.

Day 2: Samburu national game reserve
Samburu is a semi-arid, so mostly game viewing is done very early in the morning and late in the afternoon when the sun is cooling down.
Morning and late afternoon up to 18:30hrs will be spent exploring this amazing game reserve, it gives you the refreshment of your mind as the park is not populated and not many people visits here, we have concentration of the Its home to the big five, Elephant, Lion, Rhino, Leopard, Buffalo, Gerenuk, Reticulated Giraffe, Somali Ostrich, Gravy Zebra, Besia Oryx, Endangered Wild Dog as well as Pun cake Tortoise – Endangered among others.
There are over 450 species of birds identified and aquatic species in the Waso Nyiro River including, vultures, kingfishers, marabous, bateleurs, guinea fowl, Somali ostriches and others.
Dinner and overnight your preferred cost package outlined here in based on different levels of accommodations.

Day 3: Samburu game reserve to Lake Nakuru National park
Morning drive south towards Lake Nakuru National Park. Lunch at Nakuru before proceeding for an afternoon game drive in the Park. This is a shallow soda lake which inhabits more than a million flamingoes. The Lake Nakuru National Park also has a Rhino sanctuary. Other animals to be seen here are lion, buffalo, waterbuck, warthog and hippo. Dinner and overnight at your preferred at the Park. Dinner and overnight at Lake Nakuru Lodge.
Day 4: Lake Nakuru national park to Lake Bogoria National park
Early Morning breakfast at the lodge inside lake Nakuru National park followed by a departure from Nakuru by 06:00 hrs and drive north 125 kilometer’s to lake bogoria National Reserve which is a beautiful place with the pink cloud of numerous flamingos and the geysers bubbling with the most spectacular hot water volcanic springs. Much more is the fascinating phenomenon of the hot springs, an indication that molten rock does not lie far below the earth's surface. At this point of the month thousands and millions of flamingos are found on this lake as compared to other Great Rift Valley lakes.
Later in the evening drive back to Lake Nakuru town for an overnight. In preparation for a journey to Maasai mara game reserve.

Day 5:Lake Nakuru to Maasai mara game reserve
After breakfast leave for Masai Mara Game Reserve, arriving in time for lunch. After lunch proceed for an introductory afternoon game drive in the game reserve which is Kenya's finest wildlife sanctuary. Including migrants, well over 450 species of animals have been recorded here. Although July, August and September are the months when the Mara plains are filled with migrating wildebeest and zebra, there is also resident wildlife year round. The famous Maasai tribesmen live within the dispersal area of the game reserve. Dinner and overnight at Mara.

Day 6-7: Maasai mara game reserve
Much game are coming at your door step and one glimpse is enough to explain its appeal. It is typical open savannah with a mass of amazing wildlife.
Wherever you go in the vast Masai Mara Park you will see a frequent amount of wildlife such as Masai giraffe, baboons, warthogs, bat eared foxes, grey jackals, spotted hyena, topis, impala, wildebeest. Elephants, buffalos, zebras and hippos are also found in great numbers. It is also common to see lions either basking after a heavy meal, or surveying the plains for their next meal. Cheetahs and leopards are harder to spot, but reasonably common.
The ultimate action here is without a doubt the annual wildebeest exodus, the Great Migration, in July and August when millions of these grazers move north from the Serengeti in search of lusher grass before turning south again in October for the new life circle to begin after a life threatening move across the strong jaws of East Africa crocodile found within the mara river and talek river.

Day 8: Maasai Mara to Nairobi
Wake up call at 0600am, have a cup of hot coffee or African tea, proceed for early morning game drive, the early morning Game safari offers you golden opportunity for early morning big 5 kills, African Jungle Male Lions are spotted along the trails as well as other Kenya big 5 including the documented the Big Cat Documentary, Lion, Leopard & Black Rhinos if lucky. The Kenya Trails Game viewing takes about 2-3 hours then return to the Lodge for full breakfast.
After the breakfast check out and for those who will be willing to visit the famous Masai Village our driver will organize for you.
You will be entertained with Masai Moran dance as well as the visit of the Manyatta. Inside the Manyatta take as many photos as you can as a memory of Africa Cultural visit.
There after proceed back to Nairobi only to mark the end of your trip with us here at Back Of Africa Adventure.